DAOs have been the talk of crypto for the past few months, and I can’t stop but wonder what would happen if entrepreneurs all around the world started launching businesses as DAO instead of corporations or partnerships? Before we get into the details, we first must answer: What is a DAO? How do you join a DAO? And, how do DAO smart contracts work? 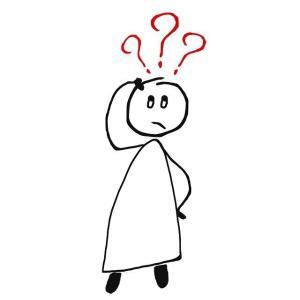 These are important questions to pose because many people are saying that DAOs could be the next phase of the crypt world. Will the next Jack Dorsey or Mark Cuban start a DAO? And if they do, why would they do it? And how would our world be different?

There is no doubt that entrepreneurs like Sergey Brin from Google, or Richard Branson from Virgin have shaped the world that we live in today.

Perhaps more than anybody else, entrepreneurs are the growth drivers of our economy creating amazing products, lowering unemployment, and creating less poverty all around the world.

Entrepreneurs can structure their business in many different ways, but most are structured as corporations. Corporations are businesses that, under the law, benefited from limited legal liability.

What that means is that a corporation is illegally distinct from its own owners, so that if it goes under, the shareholders aren’t personally responsible for the company’s debts.

As you’re probably aware, corporations are top down businesses, which means a group of people at the very top, the shareholders, the CEO, the CFO sign off on all the decisions that a corporation makes.

Corporations work a lot like they did back in the 1600s. They accept investors funds in exchange for the responsibility for maximizing value for their investors and shareholders.

However, this profit driven mindset has also led to poor quality of life for many employees, as well as mind boggling inequality across the world.

The World Economic Forum estimates that the wealthiest 10% of people take home more than half of all income worldwide, whereas the poorest half, only takes home about 8%. So what if there was an alternative?

What is a DAO? How are DAOs similar and different from corporations?

DAOs are decentralized autonomous organizations. They are all about sharing ideas and wealth. They share several similarities with centralized organizations, but with a few important distinctions. Most notably, DAOs are community led digital organizations without central authorities like CEOs, CFO’s or board members.

Any member of a DAO can put forward a proposal which the other members can either approve or dismiss through a vote.

” A DAO is a fully autonomous and transparent organization, meaning it runs by itself without needing intermediaries to process anything on behalf of its members. “

For example, let’s say an investment DAOs members agree to split the proceeds of any money it makes equally between its 100 members. This is when smart contracts come in.

What are DAOs smart contracts?

They write up a smart contract which sets out the terms of the agreement, and the members vote to make the contracts an official part of the DAO’s operation.

The DAOs members then decide to pull their funds to buy a business which pays the DAO $10,000 on the first of every month. So when the first paycheck rolls around, the DAO smart contract send each DAO member $100 automatically.

There are no accounts departments nor their managers signing off on everything. The whole operation runs on publicly verifiable code and smart contracts.

While the digital and blockchain elements of DAOs are certainly new, the decentralized and democratic nature of DAOs are not new at all.

In fact, giving employees a say in how the business they work in is managed as well as financial state is a practice which has been carried out since the first cooperative was founded in Rochdale, England, in 1844.

So, what are corporates? If you’ve never heard of a corporate, think of them as a brick and mortar DAO. They are people centered enterprises that are owned and controlled by their members.

Whether members of the DAO are customers or employees or just people hanging out, they all get one vote on each proposal put forward by another member. DAOs aren’t owned by shareholders, nor they are beholden to the profit to all cost maximum of corporation.

They can focus on bringing every type of value to its members, not just financial value. Any profit that a cooperative has left over after paying out any costs and wages are either reinvested in the business or returned to their members.

There are more than 3 million cooperatives running today, and about 12% of people work for one or are members of a cooperative.

In fact, Mondragon Corporation, which is the 7th largest company in Spain, has been run as a cooperative since 1956 and has an annual revenue of 12.1 billion dollars. So who’s to say that corporations are necessarily the only profitable way to run a business?

Operationally cooperatives actually share a number of similarities to DAOs. They’re both democratically run, neither is run for the benefit of unknown shareholders, and both are managed in the interests of the people who actually work for them. But now the question you’re probably wondering is why would the next generation of entrepreneurs want to start a DAO when they could just as easily start a corporation and most likely earn even more money?

The advantages of a DAO

What advantages do DAOs offer entrepreneurs over traditional startups?

First up, a DAO has tiny overheads and startup costs when compared to a brick and mortar business which needs office space furniture and pretty much other expenses equipment to operate at scale.

DAOs low overhead and expenses are obviously a big win for startup founders entrepreneurs, as there’s less pressure on them to make a certain amount of money every month to pay for all the brick and mortar costs. Of course, it’s not just office space equipment that a DAO can do without.

It also doesn’t need paid administrator, doesn’t need to pay middle managers, supervisors or HR managers, which are all taken care of by smart contracts. DAO’s heaviest overhead is usually developing the initial code and if necessary, renting some server space for hosting a blockchain.

But don’t be fooled into thinking that because of its tiny overheads, a DAO must have limited capabilities or reach, because it doesn’t. In fact, DAOs have global reach right from the get go, because anyone, anywhere can apply for membership at any time. Number two transparent and fair operations.

DAO operational rules are set out in either its code or its smart contracts, both which are viewable by anyone at any time. The rules are immutable, transparent and publicly verifiable, so that anyone considering working for the DAO can check its rules and see if they’re okay with them.

They can see when they get paid and can even check. The DAO is paying its existing members as all transactions are stored on the blockchain.

Smart contracts allow entrepreneurs to safely interact with strangers all over the world the moment the DAO is up and running, without needing intermediaries to guarantee its members won’t be ripped off, a benefit that quickly translates into rapid development without being stalled out by third parties and profit-seeking intermediaries.

The other benefit of transparency is that a business owner can be sure that none of the DAO’s members can skim cash from the company’s coffers or if they are, catching them will be incredibly easy.

Three easier funding from the moment it’s up and running, any DAO can crowdfund its projects by creating and selling tokens, allowing it to join funds from investors all around the world.

Being able to attract investors from such a diverse pool from day one is an enormous benefit for entrepreneurs and one that is unacceptable for traditional businesses.

Of course, a DAO could also go down the traditional investment route by sourcing funds from venture capitalists (VCs), angel investors or investment banks. Many well known VCs have put up billions of dollars backing DAOs and other blockchain projects.

Very much so. In fact, they have made faster progress in terms of government action than cryptocurrency exchanges. Just this past May, Wyoming passed a legislation that will recognize DAOs as a legal entity. What that means is that you can now open a DAO type of business legally in the state of Wyoming.

DAOs are democratic by design, meaning each employee, provided they hold some of the DAO’s governance token, has a say in how a DAO operates, which is pretty much the exact opposite of how most conventional business owners manage their operations today.

In fact, a recent study showed that a third of all employees don’t believe that their boss is listening to their ideas. And most of us have experienced the feeling that we’re overlooked or ignored to some degree. And it’s not nice. But DAOs have better communication and collaboration built into their structure. The future is here. Are you ready? 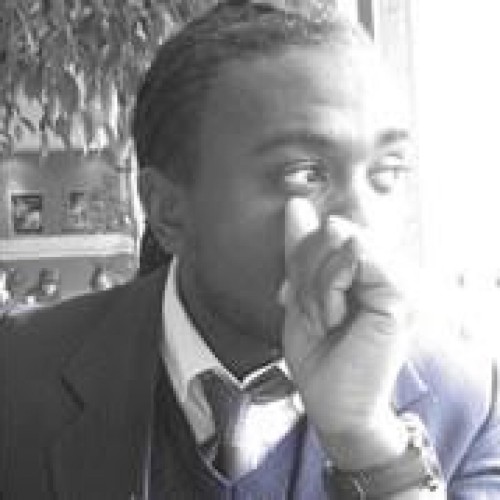 Tatehttps://tatesjourney.com
Tate Nanje is an Author and blogger who has been traveling the world since 2009. He teaches English, Business, and Crypto investing. My books on Amazon
Previous article20 Ways To Make Money In A Recession
Next articleThings To Think About Before Starting An Amazon FBA Business

Two Cryptocurrencies I am keeping my eyes on